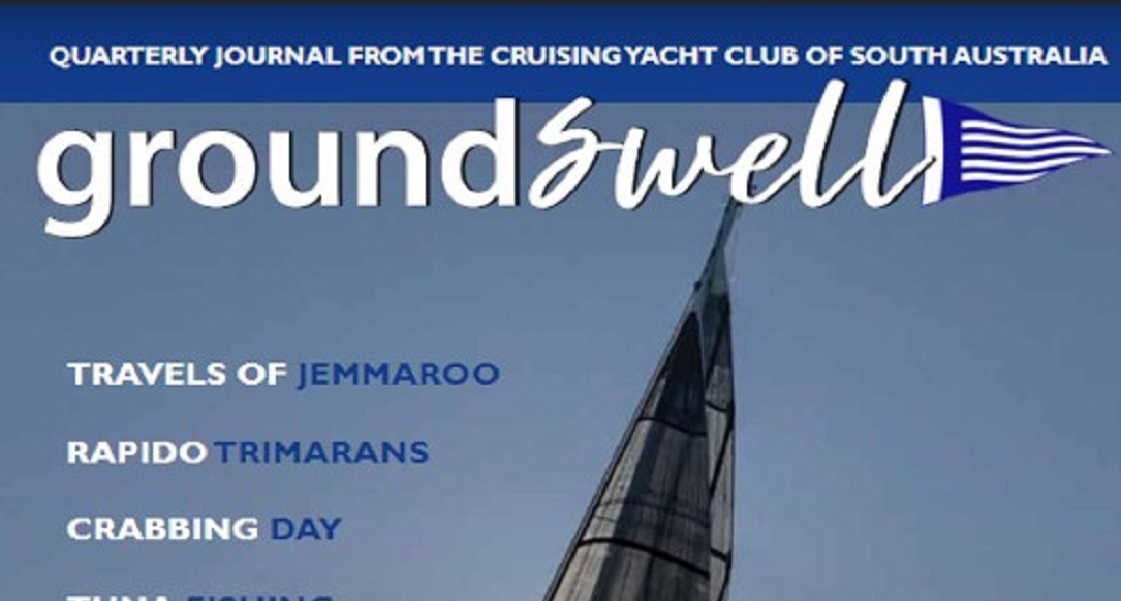 To read the original article, turn to pages 24-25 of the embedded online version of the magazine immediately below. The article has also been reproduced further below in full.

In early September 2018 I had the opportunity to visit Triac Composites in HCMC in Vietnam. Triac is an Australian-owned company building world-class yachts while also doing great work with high tech composites in a diverse range of industries. the company provides products like architectural facades and high quality train or vessel interiors and can produce products for any application needing chemical, weather and rot resistant mouldings.

As a bit of background, I have been a sailing enthusiast since sailing Cadet Dinghies off Largs Bay in my teens. Large trimarans and catamarans have always fascinated me. In the August 2016 edition of Australian Multihulls Magazine, I read about a new trimaran on the market: a state of the art, sixty-foot trimaran built for luxurious fast cruising, named Rapido.

I began to regularly visit the Rapido website reading about the yacht’s performance in events like the Airlie Beach regatta and Hamilton Island Race Week. This gave me an idea of how special Rapido was as a concept and its performance. My interest grew further as I realised the company behind this was wholly Australian / New Zealand owned. The co founders, Paul Koch and Richard Eyre have 30 years’ experience building trimarans and catamarans using composite materials in Australia and the USA. They used well-known designers, Morrelli and Melvin to articulate their ideas and bring Rapido to reality after deciding the world needed a high performance cruising trimaran.

Rapido is an exciting yacht and you can follow the links that I have listed at the end of this article which includes a short video of the Rapido trimaran, Romanza, cruising at 24 knots during the Hamilton Island Race Week, not a bad performance for a cruising yacht!

The Rapido is made of the latest in space age composites, not simply GRP. These materials are expertly used to give a light, strong vessel with great structural integrity. The hull has resin infused right through all the laminates under pressure making the finished hull sleek and extremely tough. I can imagine it would survive contact with a container at sea.

Once in HCMC, I emailed Phil Johns, the General Manager of Triac Composites and he invited me for a walk through of Triac Composites’ facility. Walking up to the entrance with Phil, I could not help but notice the massive ama (outrigger to non yachties) hanging inside the open doorway. Stepping inside, my eyes were drawn to the enormous hull suspended above the floor which dominated half the factory unit.

Phil is very proud of their work and he told me of the load test they subjected the centre hull and two amas to.

Rapido’s centre hull was tied to an anchor plate which was bolted to the floor and two mobile cranes were used to start lifting the amas on diagonally opposite corners of the amas. As the cranes lifted, the anchored Rapido began to twist (simulating extreme conditions in a rolling ocean) until at 9 tonnes, the tie snapped. The Rapido and one of the cranes instantly jumped and the crane punched a hole in the roof. With hearts in mouths, everyone then watched the Rapido, seemingly in slow motion, start falling towards the ground but luckily, back into the safe arms of the cradles. Phil stressed that at sea, structural failure is not an option.

As we went up to the deck level of the Rapido hull, I could not ignore the sheer volume of this vessel. I crewed on some 27 foot Farrier-style trimarans years ago and while being great to sail, there was not a great amount of room. The Rapido has excellent head room throughout and the charter / racer version I was looking at could accommodate between 30 and 50 people depending upon the activity. There was plenty of lounging room on the nets, a large saloon area and spacious amenities.

Looking at the hull and amas, I took note of the fine entry bows designed to minimise spray with the bow deck curvature enabling the bow to release from the water. It looks fast just sitting still but then what do you expect when the design team was in New Zealand working on Emirates NZ Catamaran, the AC72, while designing Rapido and the amas which are remarkably similar to Emirates NZ AC72 of 2013? While we talked about the making of a Rapido, I was impressed by the level of organisation and tidiness in the workshop.

Phil also told me about the various projects on hand and emphasised the collaborative work Triac Composites does with other companies. Triac is a master of processes like Resin Transfer Moulding, to name but one, enabling them to produce highly durable components with high levels of finish straight out of the mould. So, apart from Rapido builds, companies approach Triac to make highly detailed moulds or finished products.

Centrally located in South East Asia, Triac is proving itself to be a great company to partner with.

As we came to the end of the visit, Phil pointed out that the current site of the factory was a bit tight so they will be moving to a new site soon. The new site will be by the river and will have enough room for three assembled 12 metre wide Rapidos abreast. That will be something to see! (Ed’s note, this has now happened. See the video by clicking here.)

On Wednesday, 24 October 2018, Triac Composites' General Director, Paul Koch, signed a lease with UniDepot for a new factory of 3,200sqm.The new factory, which will be ready to move into from late December, is located in Nha Be District, HCMC – and is on the river.* For media release, click onto https://tinyurl.com/yalqbtxq* For original video of composite facade manufactured by Triac Composites and designed by SLA Designers, click onto https://tinyurl.com/ydgf9je5* Music by https://www.bensound.com/ * Video by Evan Koch.#triaccomposites, #newfactory, #riveraccess, #hcmc, #vietnam, #worldclass, #composites, #outsource,#production, #international, #trimarans, #rapido, #rapido60, #commercialvessels, #pleasurecraft

Seeing the Rapido up close and learning a little about the company behind it was a real pleasure. I hope the members have similar opportunities with their interests.

For further information, visit the company websites and I am sure Phil Johns will be happy to answer any questions about Rapido Trimarans or Triac Composites‘ services.