For Sailors. The Rapido 50 Trimaran is the World’s Ultimate Folding Ocean Cruising Trimaran. Designed by Morelli & Melvin, it is built exclusively by Triac Composites. 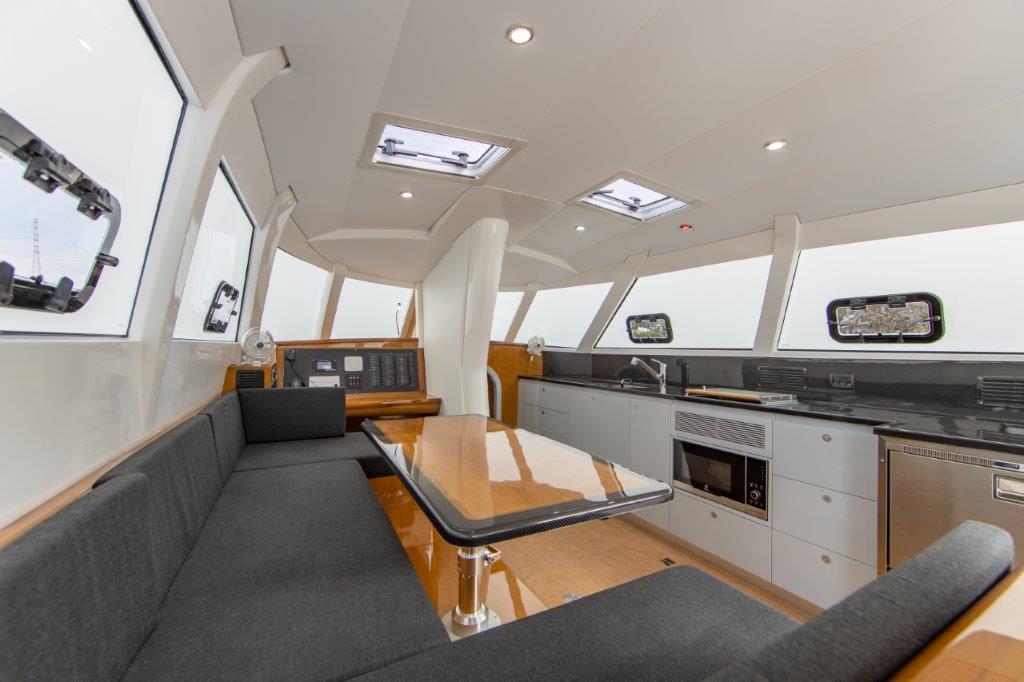 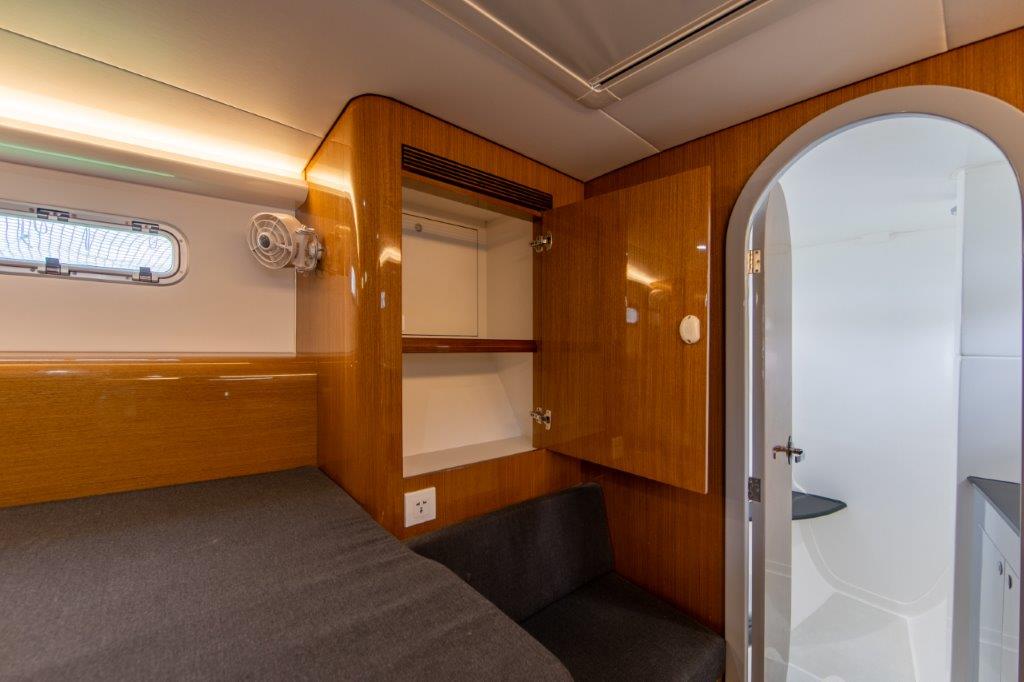 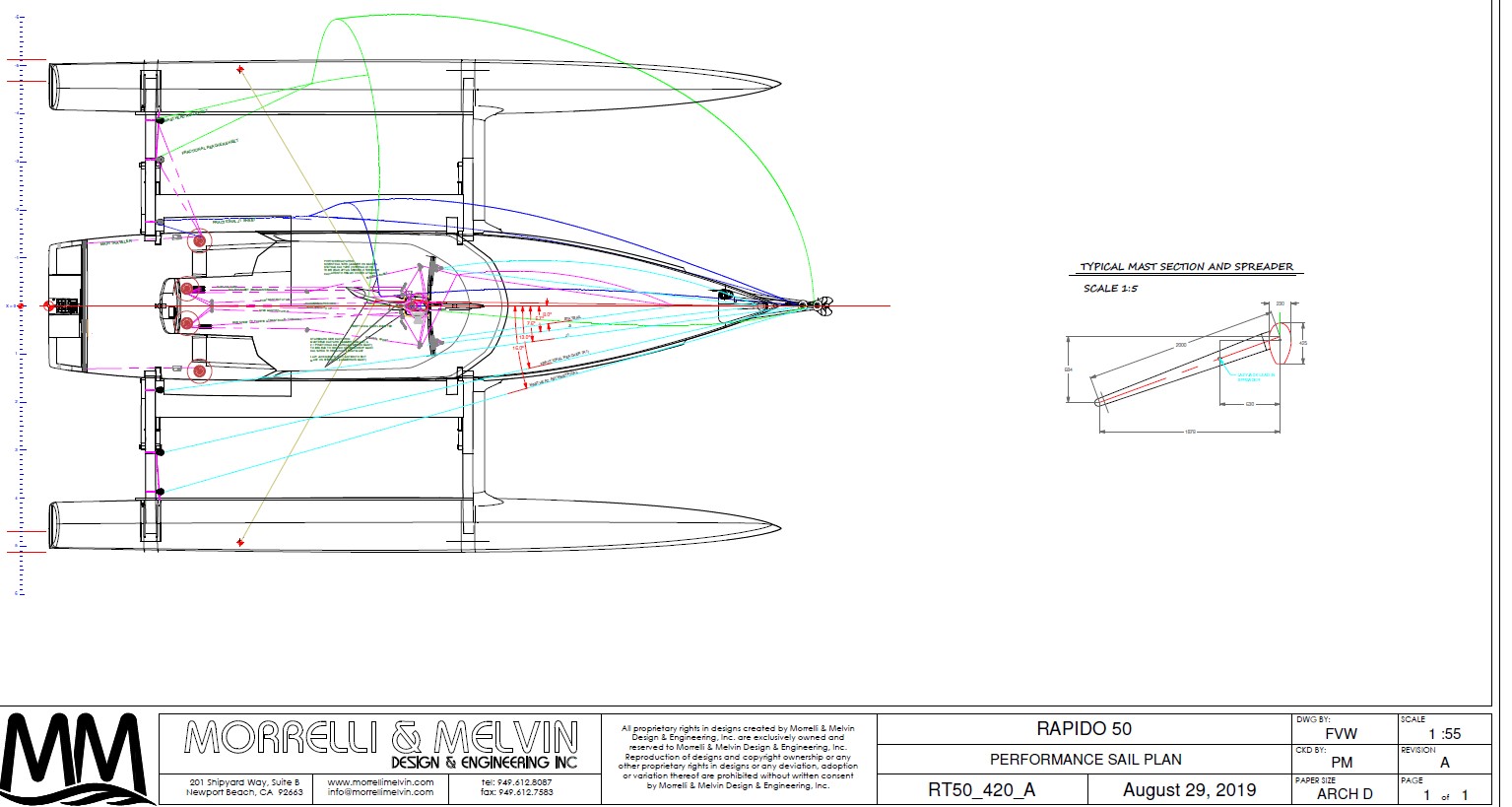 (For more images of the Rapido being built, visit Rapido Trimarans’ Facebook page.)

Every exceptional product needs a source of inspiration. For the all-new Rapido 50, that source has been the Rapido 60 which has proven herself to be an exceptional trimaran for:

Critically, the Rapido 60’s DNA can be found throughout the Rapido 50.

When the idea to make the Rapido 50 a folding trimaran was first suggested – yes, that’s right, a 50′ trimaran that folds! – our initial reaction was, “ARE YOU CRAZY??”.

But after consulting with Pete Melvin from our designers, Morelli & Melvin, we thought, “Why not!”. After all, our management team has built more folding trimarans than anyone else in the world and if anyone understands the challenges and how to do it right, we do!

The Rapido folding system is winch-assisted to take away, what some people say, the “back-breaking" strength required on bigger boats with other systems.

The Rapido 50 sets a new standard in the market place. Upon its launch in October 2020, it will generate an enormous amount of interest and attention. Its benefits include it being:

The Rapido has some truly amazing living spaces which provide more open, private and intimate areas than monohulls or catamarans.

The combination of safety, performance and comfort put the Rapido in a league of its own. The enormous trampoline nets add fun and excitement as you watch the blue water rush underneath you – or as you lounge on the nets while gently floating over a reef. You will be instantly hooked.