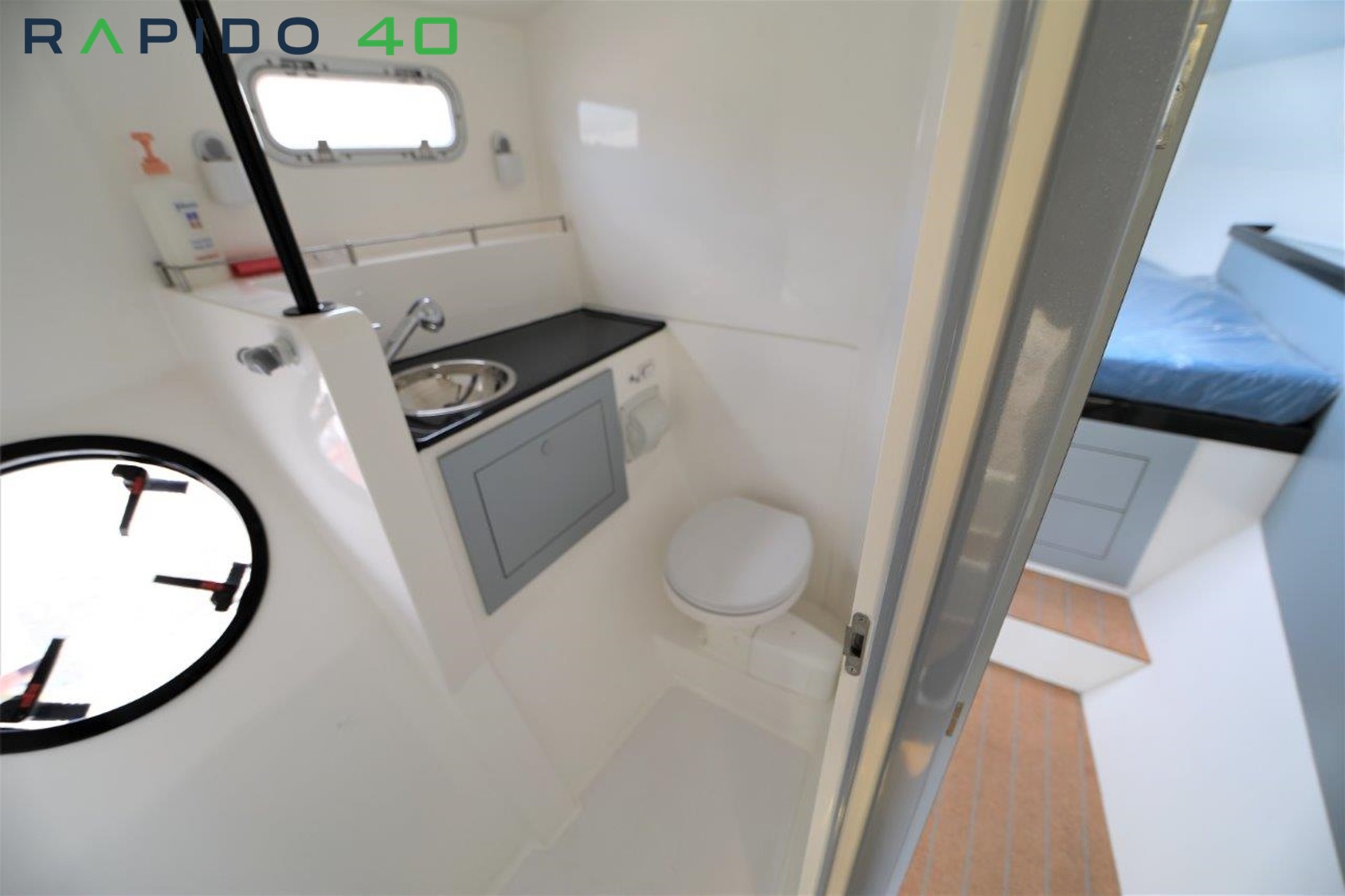 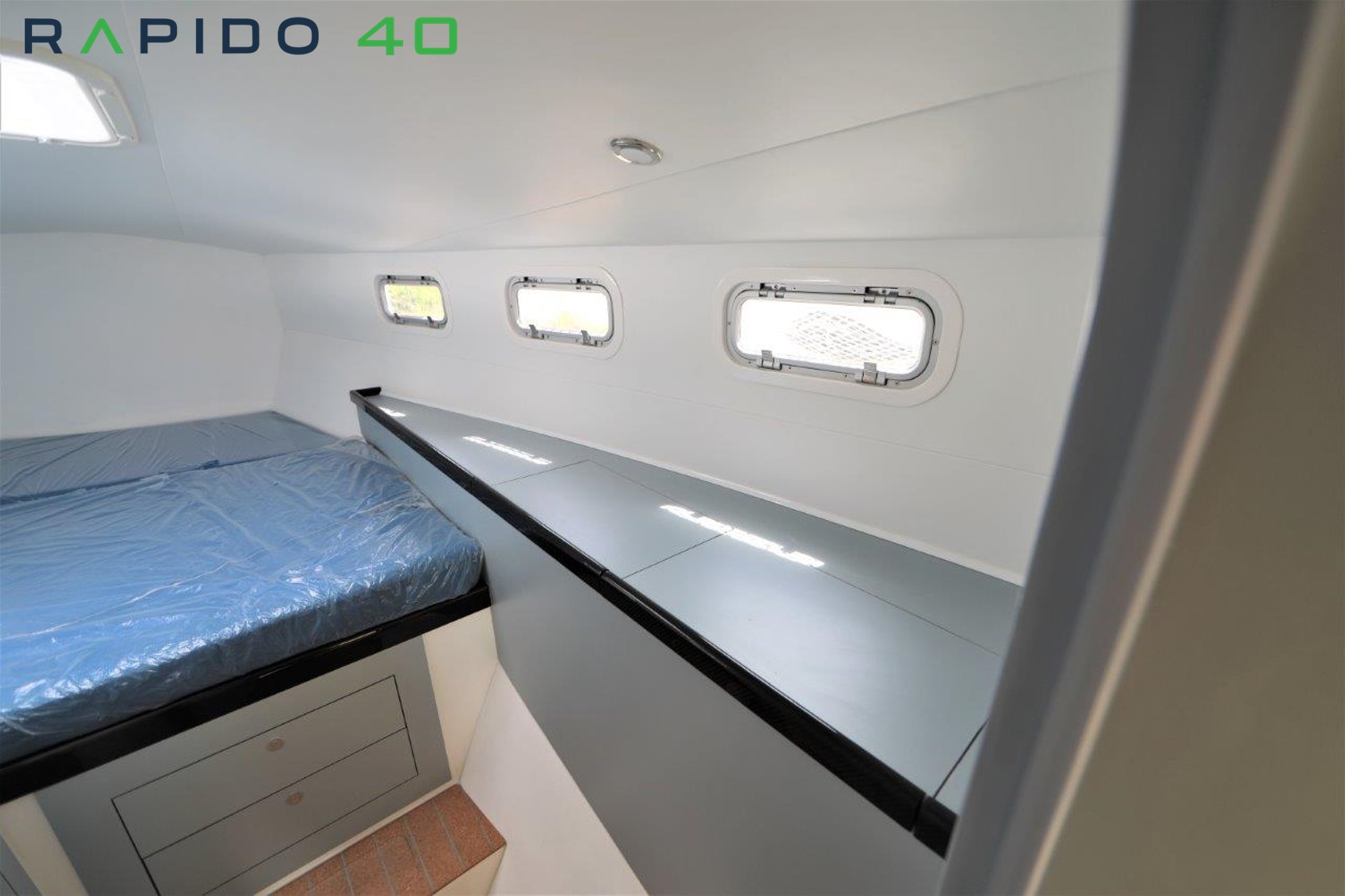 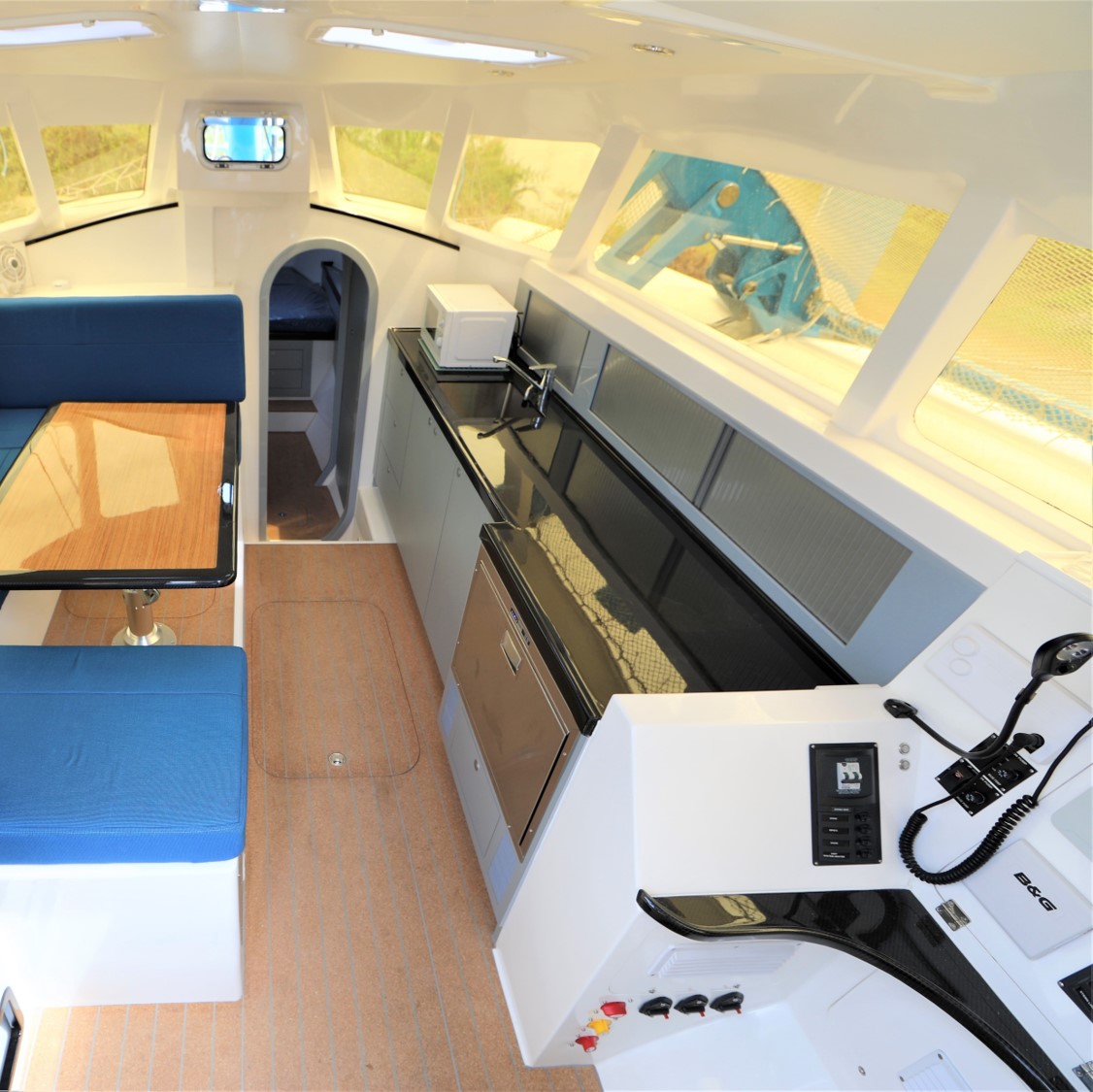 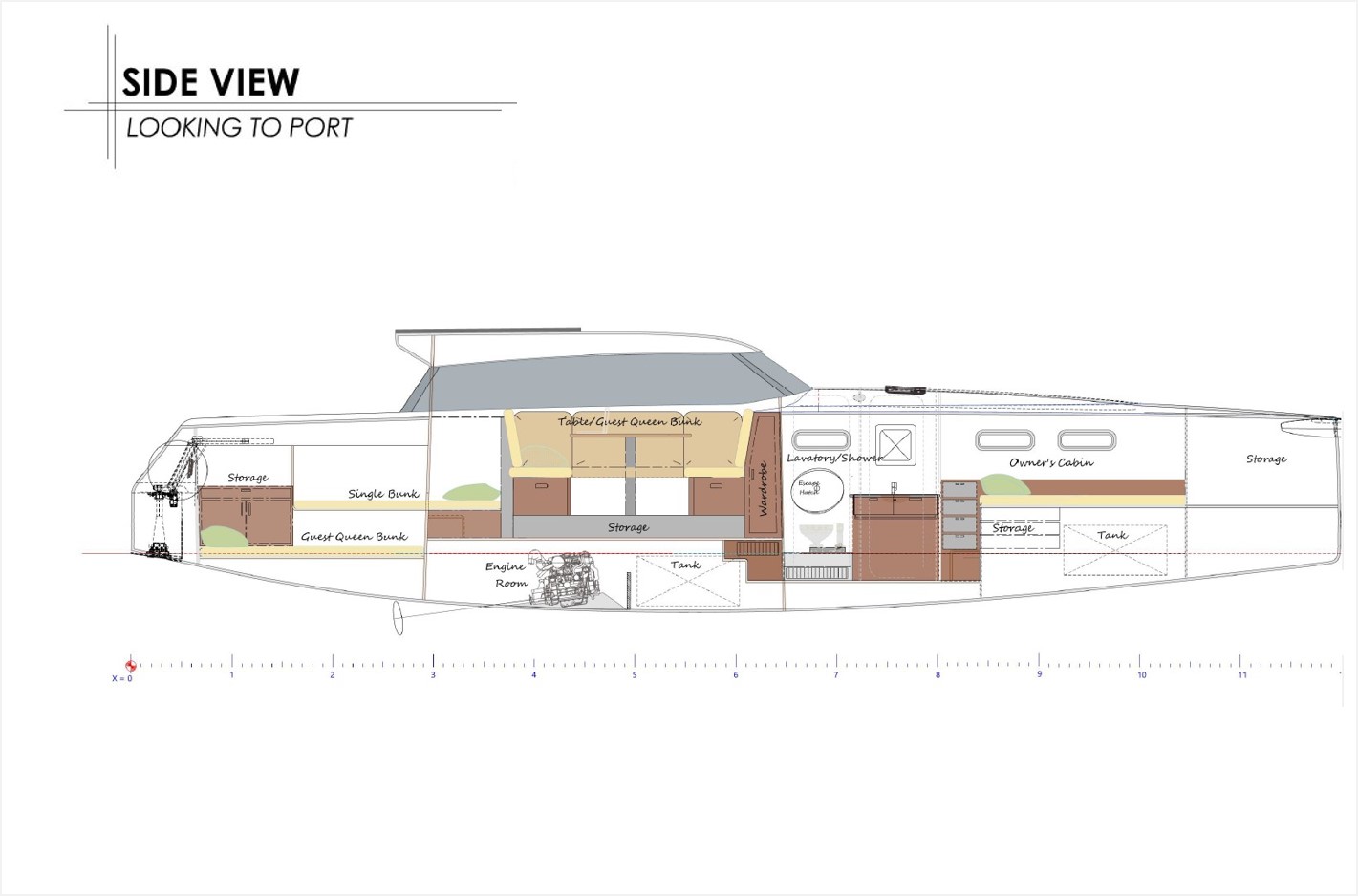 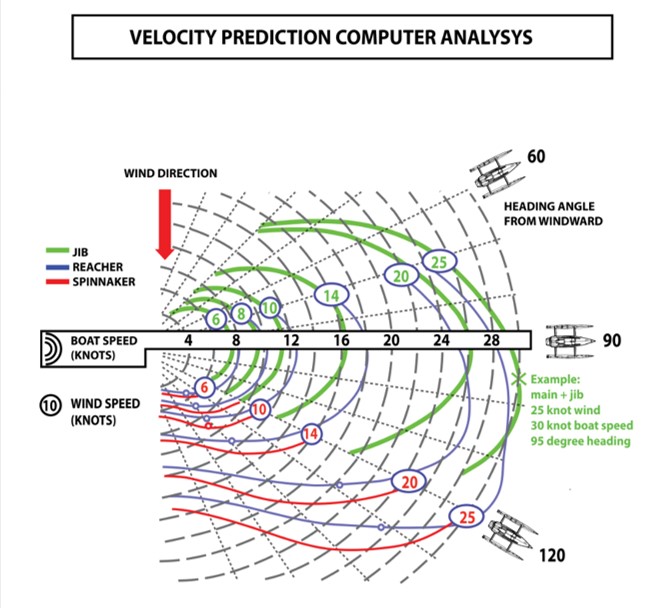 * Please note, General Specifications are subject to change and should be confirmed with Rapido Trimarans Limited.

* Note: The design is for an ocean-going boat, built to CE Category A standards.

The mast height is less than 65ft above the water so that it fits under all the bridges in intracoastal waterways.

World acclaimed designers, Morrelli & Melvin have ensured that the DNA of the Rapido 60 has been incorporated into the Rapido 40. Expect a state of the art trimaran designed and built for:

The Rapido 40 is designed and engineered as a high tech, all-carbon, performance cruiser with a self-tacking jib, carbon spreaderless mast and an option for rolling furl boom.

The interiors have super lightweight, strong, custom made furniture; even the countertops are carbon! The flooring is made from cork.

While others are compelled to motor away from any weather systems best avoided, the Rapido can be powered up to simply sail away with the skipper maintaining complete control.

Essentially, if you have a passion for sailing, this is the boat for you!

The Rapido 40 is being built by Rapido Trimarans’ exclusive builder, Triac Composites. [Caption: Rapido 40 “C" foils and “T" rudder foil. Note; “C" foils replace the need for a central daggerboard in the saloon opening up a significant amount of space).]

The asymmetric twin “C” foils will give the Rapido 40 more lift than usual resulting in significant increase in performance, both upwind and downwind. Also, the C foils eliminate the need for a central daggerboard which increases the amount of interior space. It also creates 360 degree visibility. (In the diagram above, note the “T" rudder foil in the “down" position.)

For normal day sailing or cruising, both C foils can be in the “down" position or one raised without adding material drag.

Advantages of the Rapido 40

Customers always have options in the market. We believe the Rapido 40 will capture the interest of this segment for the following reasons: We believe the Rapido 40 very clearly sets itself apart from other offerings in the market in terms of both performance and value. Please independently check our claim!

A FOLDING MECHANISM FOR THE 21ST CENTURY

Floats on the Rapido 40 remain in upright position during and at completion of folding process.

The performance of trimarans is well documented.

In fact, some say that the only thing better than a trimaran is a folding trimaran. And here, the Rapido 40’s patented folding system excels, as shown below:

The mast will be shipped in two sections.

The Rapido 40 has some truly amazing living spaces which provide more open, private and intimate areas than monohulls or catamarans.

Trimarans in the media