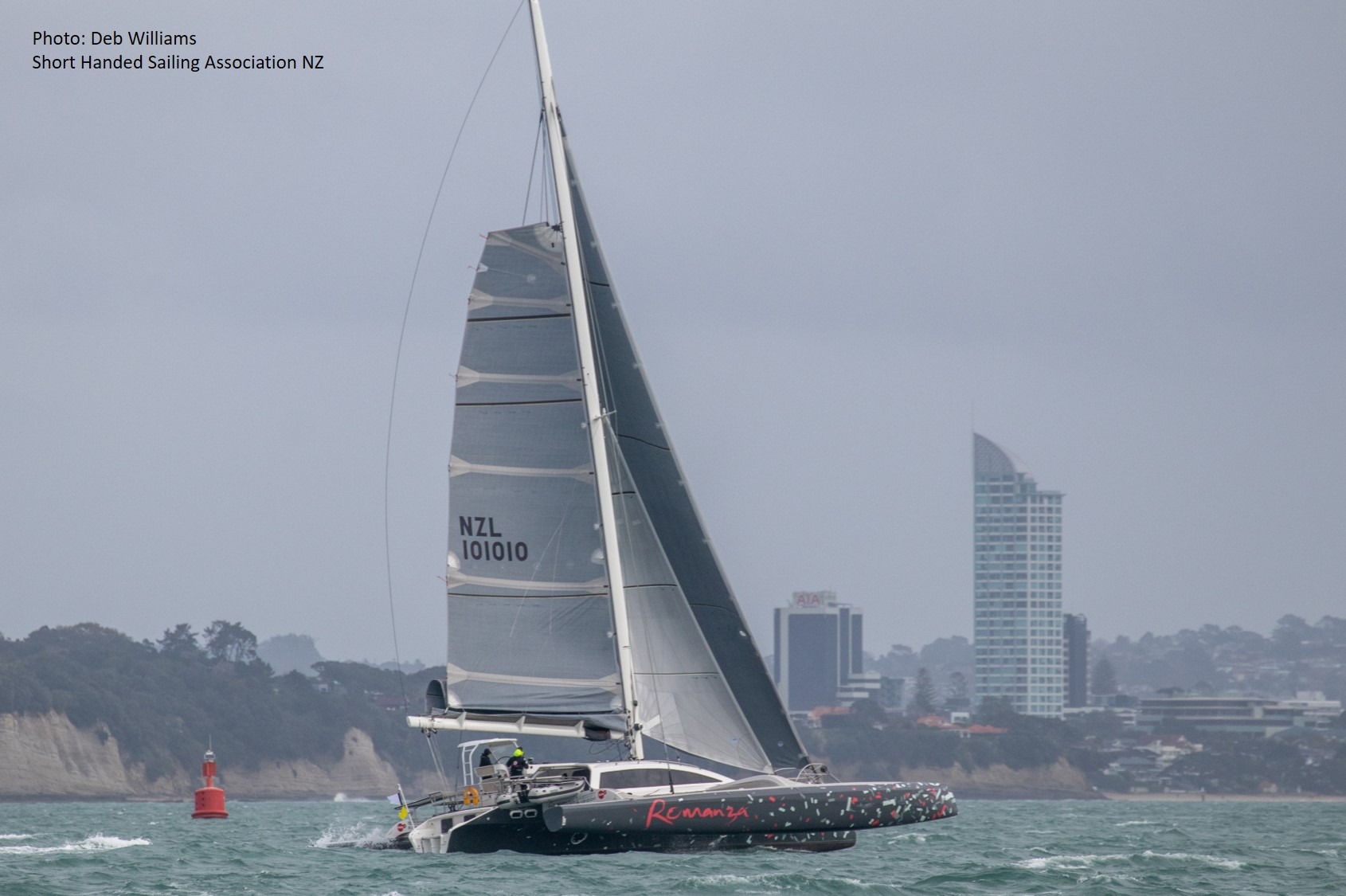 Live Sail Die has captured some fantastic video footage of Romanza, the Rapido 60, in the 100nm SSANZ Lewmar Triple Series (Race 2) in New Zealand on 1 August 2020 where she claimed Line-Honours.

Highlights of Romanza in the video below are:

Photo above of Romanza

Deb Williams from the Shorthanded Sailing Association of New Zealand took the great banner photo above of Romanza in action during the same race.

Skipper, Dougall Love writes that “we had two reefs in the main as the ‘now casting’ wind speed where we were headed was gusting 35+. When the photo was taken it was @ 20 knots but, half an hour later, we saw 39 and others reported 45!”