For Sailors. The Rapido 40 offers the benefits of the Rapido 60 – but only requires a single berth in a marina. And, thanks to our new, patented, folding mechanism, the floats (amas) can be folded without barnacles growing on the sides. All this from just USD395,000 ex factory. True!! 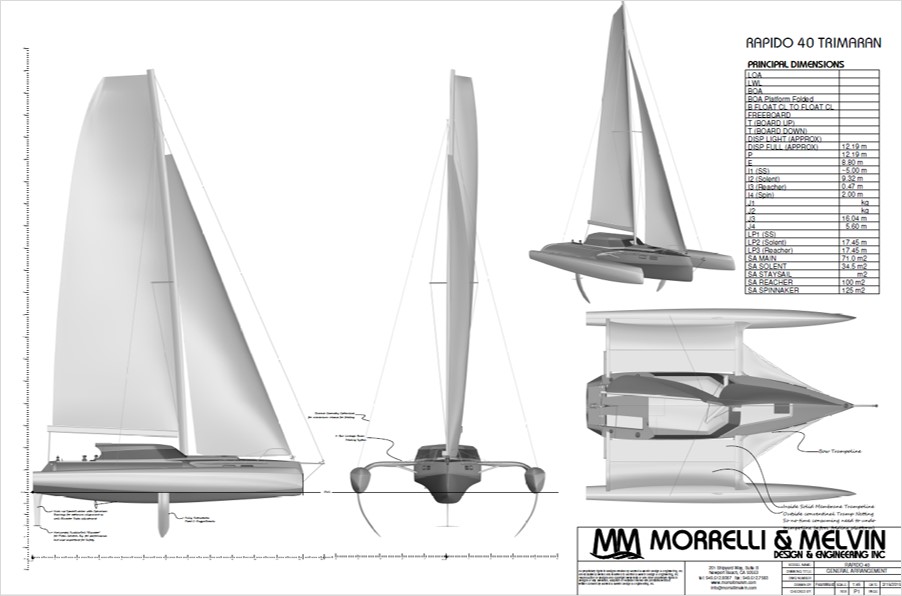 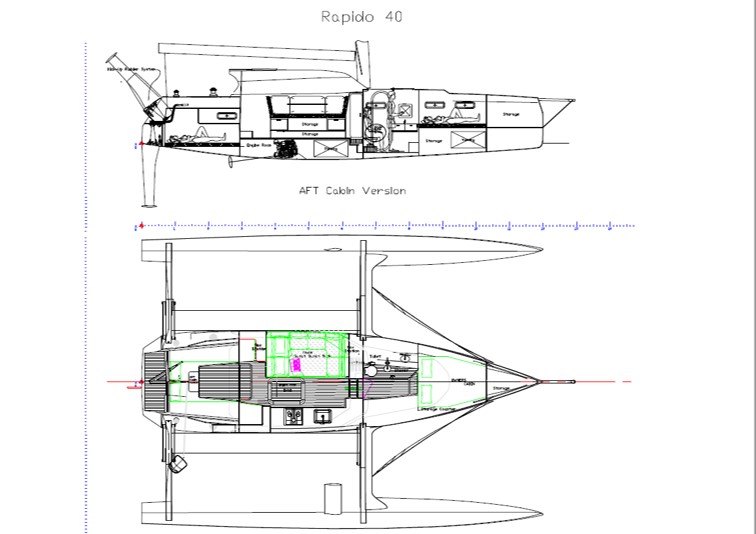 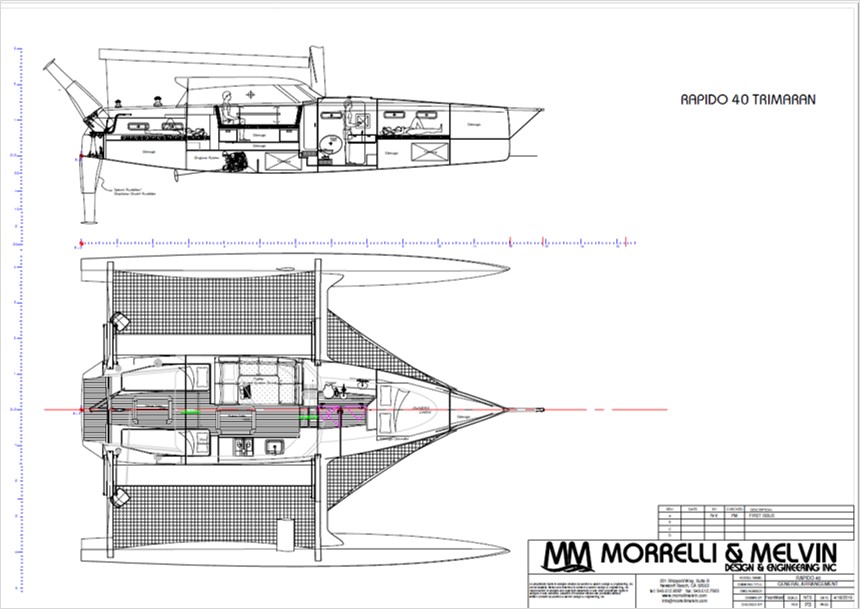 * Note: The design is for an ocean-going boat, built to CE Category A standards.

The mast height is capped at 65ft above the water so that it fits under all the bridges in intracoastal waterways.

And with a price tag of just USD395,000* ex factory, it will open the Rapido experience to a far wider group of people.

World acclaimed designers, Morrelli & Melvin are designing a Rapido 40 which will become the benchmark of the mid range size.

Naturally, the Rapido 40 will be built by our exclusive builder, Triac Composites.

The C foils will give the Rapido 40 a massive performance boost both upwind and downwind without adding a lot of complexity. For normal day sailing or cruising, both can be in the “down" position or one raised without adding material drag.

The Rapido 40’s tacking and upwind ability is expected to equal the Rapido 60’s excellent performance.

Advantages of the Rapido 40

Customers always have options in the market. We believe the Rapido 40 will capture the interest of this segment for the following reasons:

And then, of course, there is the folding system…

A FOLDING MECHANISM FOR THE 21ST CENTURY

Rapido Trimarans is delighted to unveil the pioneering folding mechanism that we will use on our all-new, Rapido 50 Trimaran, designed by Morrelli & Melvin Design & Engineering Inc. (concept by Paul Koch, Australia Patent Application No. 2019902014).The Rapido 50's folding mechanism allows owners to moor in a single-berth at a marina, saving costs. Additionally, by folding the floats in the upright position, say goodbye to the barnacles growing up the side of the float (as can be the case with other folding mechanisms in the market).Welcome to the all new Rapido 50. A new future!Leave your comments below!ENQUIRIESTo discuss further, email co founder of Rapido Trimarans, Paul Koch: paul@rapidotrimarans.com

To enable easy and more affordable single-berthing at the marina, the R40 will be a folding trimaran (folding the outer floats (amas) up against the centre hull) – but with an important difference. The R40 will feature a folding mechanism for the 21st Century – as seen on the Rapido 50.

The R40 will introduce a remarkable engineering solution to two age-old problems typically associated with folding trimarans; namely, the folding mechanism will:

The Rapido 40 has some truly amazing living spaces which provide more open, private and intimate areas than monohulls or catamarans.

Trimarans in the media